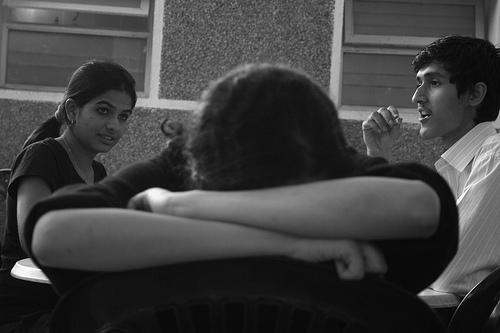 “What is the matter with you? I’ve explained this three different ways. Why are you still having trouble getting it? Maybe math just isn’t for you,” my teacher exhaled exasperatedly as I sat, head in hands, attempting to understand a basic trig lesson. It has been about 17 years, and I still remember the sting of his words, and how, after being an A student until that point, I gave up on math because I was just too stupid to comprehend what everybody else seemed to understand.

Then there was my seventh grade science teacher who absolutely loved science and made all of us love it too. He made complicated topics seem simple and made us feel like mistakes were just part of the fun. Tests were never stressful as we’d come to believe we were capable of learning and comprehending every aspect of his class. He never raised his voice in anger; he never sighed in annoyance at having to reteach a lesson; he never rolled his eyes at a wrong answer. What he did, instead, was expect that every kid that walked into his classroom was capable of being successful, and he did everything in his power to make that a reality. It has been over twenty years, but I will never forget how he made me feel powerful and capable of just about anything.

Proverbs 18:21a says, “The tongue has the power of life and death.” What we say (and do) as teachers matters. If we believe that a child can be successful and express that in our words and actions, a child is likely to believe us. The opposite is true as well. When we roll our eyes at a child’s mistakes, sigh impatiently, or refuse to reteach the material a new or different way “because I’ve already taught it more times than I wanted to,” the child in front of us might just hear, “You’re not worth my time. You’re never going to understand this material anyway. Just give up.” Expectations matter. Our attitudes matter. Teaching is exhausting. There is always more to do than you have time for. But we have to remember that what we say and do can change a child’s life for better…or worse.

I work at a school for students with autism, most of whom are with us because they have been unsuccessful in other programs within their home district. They come to us because they have violent outbursts, modesty issues, or a variety of other concerns that cause them great difficult within a traditional learning environment. They have been shuttled from one teacher to another, from one school to another. They’ve been told that they’re bad, too hard to manage, and just not worth the effort. They carry themselves in a way that says, “You’re not going to like me either.” 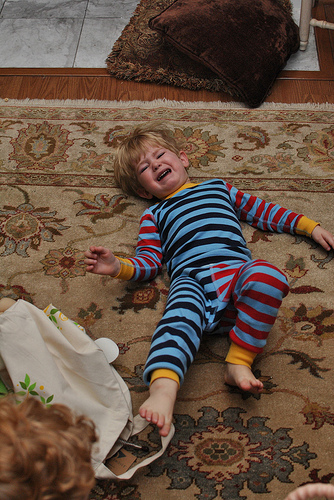 On my first day in this job, a little boy bit me on the back of my arm, kicked my shins, pinched my breasts, and threw a table in my general direction. I sobbed to my husband that there was no way that I could make an impact in this kid’s life, especially after what I’d heard about him. He’d been at this school for several years and “No one could manage or control him. It was just too hard.”

My husband reminded me of two principles that I’d always clung to as a teacher: your expectations for the student matter, and it’s important that he knows you’ll like him no matter how bad he is.  My teaching assistant and I decided that we would choose grace and mercy for this child every single day, no matter what his behavior. We would praise him for his positive choices, correct him when he chose poorly, and continue to like him through it all. We spent months managing this student’s aggression, teaching him to communicate through signs or visual aids, and showing him that no matter how “bad” he was, neither of us was going anywhere. After about 14 months, this boy began sitting in a chair, doing work independently, communicating in his limited fashion, refraining from aggression, laughing, and showing his true potential to learn. Our behavior specialist asked him why he was suddenly successful in our classroom and his response was pretty simple: “They like me.”

When we behave like Jesus in our classrooms—picking our students up when they fall, choosing grace over exasperated eye-rolling, loving them when they just aren’t likeable, and believing that they are more capable than they think they are (especially with our help)—our kids thrive, no matter what other challenges they face. When we choose love, grace, and high expectations, we are choosing life for our students. That’s what transformational education is really about. A Different Kind of Engagement Classroom Management With a Smile! From Fear to Faith

It’s beginning to look a lot like Christmas… i

🎙Podcast Episode 47: Prepare Him Room As we en

Even though Uruguay is the least Christian country

Today we are welcoming a new member to our team in

TeachBeyond Uruguay is getting ready to start offe

TAKEOVER WEEK Darwin grew up in a small town in so

TODAY is the DAY OF GIVING! Will you join us? Be p

The DAY OF GIVING is under 24 hours away! Are you

The DAY OF GIVING is only 2 days away! Did you kno

The DAY OF GIVING is just 5 days away! Did you kno

Thank you for tagging along this week in Honduras

From our smallest to our tallest, El Camino’s go